Yandere Simulator is one of the popular game among teenagers. This is a stealth game, where you play the role of a girl (This is by default and you can change the character at the beginning). Your job is about stalking a boyfriend by killing or eliminating your friends who have a crush on him. You are supposed to do those activities by maintaining a clear image in your school. The game is in the development stage for many years and still manage to get many users across the world.

The game tells the story of a school girl, Ayano Aishi nicknamed Yandere-chan who has a crush on a fellow student (Senpai). As the game continues, ten students try to make a relationship with Senpai and your job is to prevent them. Since the leading character, Yandere-chan has a special character, she is eliminating students from her crush through peaceful to violent methods. With the help of an informer, she performs kidnapping, matchmaking, poisoning, crushing, betrayal and even killing others to save her boyfriend from others.

Characters and their significance in Yandere Simulator

Senpai:- The term Senpai is a Japanese word which refers people who have seniority over another person. Here in this game, Senpai is the person to whom the protagonist got some feelings. At the beginning of the game, you can choose Senpai gender either male or female. The game tells the story that happens in a year and ten girls fall in love with Senpai. So the protagonist in this game is eliminating students from her crush by kidnapping, poisoning, killing etc.

Osana Najimi:- Osana Najimi is neighbor and childhood friend of Yandere-chan. Like Yandere-Chan, Osana has also a crush on Senpai. She is afraid of telling Senpai about her feeling and this makes her irritated when senpai is close to her. Like all other girls, she also plans to confess her feeling to Senpai under the cherry tree on a Friday. She believes this myth and hopes one day they both love each other.

Kocho Shuyona:- He is the headmaster of the school where all other characters studying. This man is nearly 60 years old. During his early career, he was very hopeful towards the future of youth and finally completely lost his faith towards them. What all things this man does in the game is still unknown.

The Journalist:- This is a young man who started his career as an investigation officer in 1980’s. His name went popular very quickly throughout Japan. But things happen to change later. He accused a school girl, for committing murder of her classmate. But manipulating emotions at the court, she managed to escape from that case. This gives a negative impact on the journalist and he spoiled his career by alcoholism.

Following are the common issues that players feel during the gameplay. Anyway, this is only a debug version. Stable updates are yet to release.

How to Download, Install and Play Yandere Simulator Real Game?

Before download, once again we want to remind you something. The game is still in development mode. There will be a lot of bugs and crashes during the gameplay and the game is not even finished. You can download the debug version called sandbox build which is released for gamers for testing and error reporting. Follow the steps to download Yandere Simulator.

Step 1:- You can directly download the zip file and install it to play the game.

NB:- In most case, the direct download gives an error or won’t download properly. It may be because of a bad server or other technical issues. Anyway, I recommend downloading the game using the launcher. For that,

Step 3:- Install the launcher and open the file. Click on download button to download files to your PC. It may take a few minutes based on the server condition and your network speed. 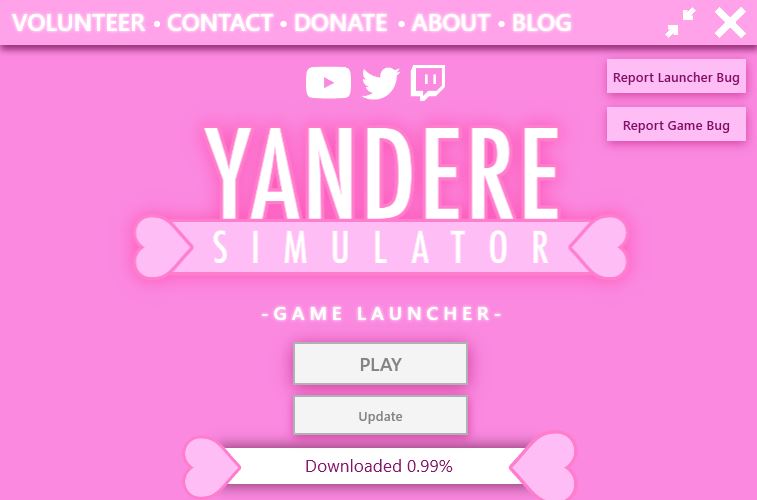 Step 4:- Just wait until you complete the download and once it gets finished, click on the play button to get started. 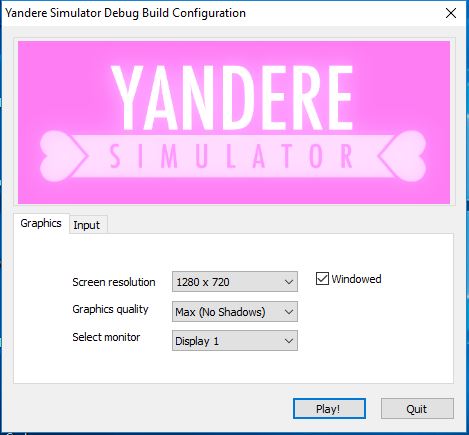 Step 5:- Click on the play button to start the game. 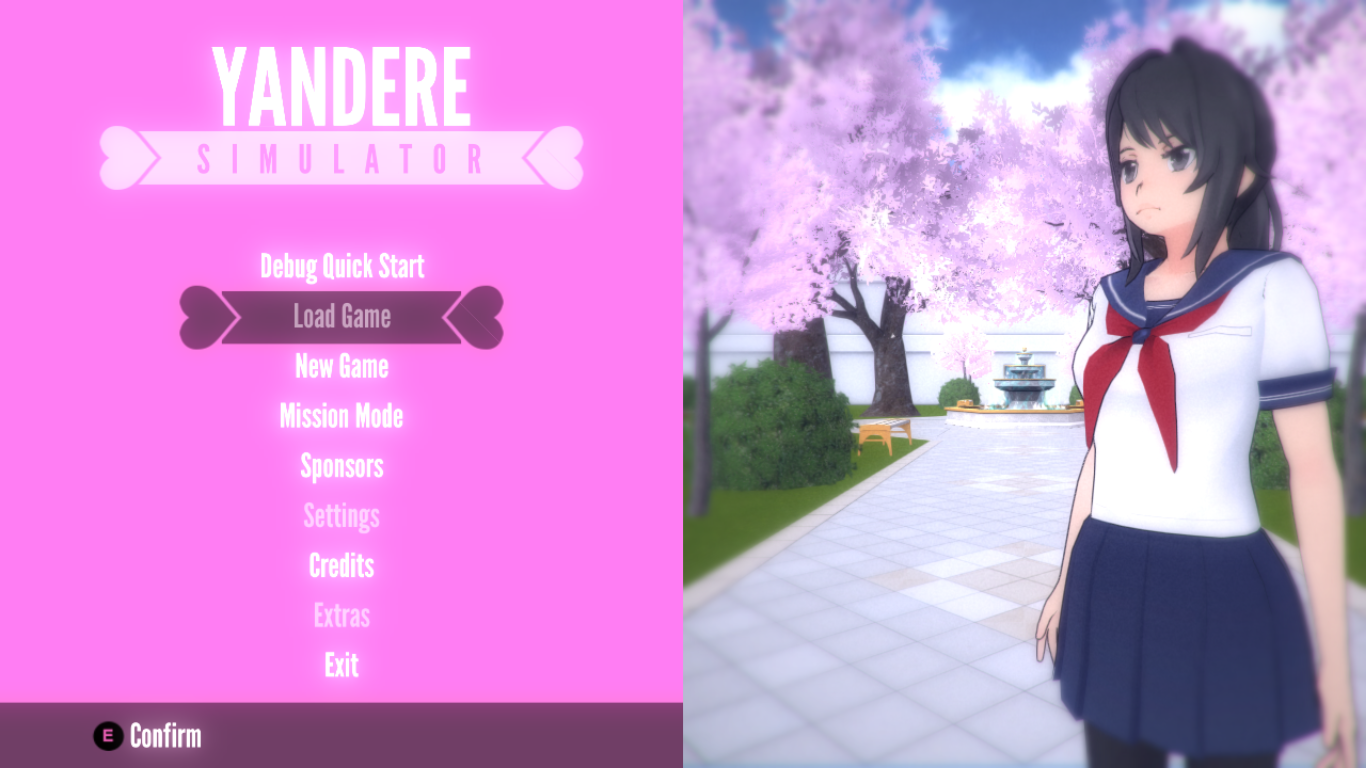 Once you are in the main settings, there are several options available. You can start the game in normal mode and mission mode. Unfortunately, some of the options such as settings, Save/Load, Extras etc are not yet available.

Each gamer has their own taste for choosing games. Some people like FPS games, some other likes strategy games, and some people love racing games. Yandere Simulator is a stealth game to make yourself hidden from all crimes. But the game is still in development mode and you can test the debug versions. There will be a couple of updates for the game with more features and fewer bugs in every month. Those who love the game can try playing the game on their PC.

You can improve the game by submitting bugs to the developers. Once the game is ready for complete release, you can download using the launcher itself. Definitely, this is going to be a popular game soon. If you have any queries regarding the game installation, please comment it below. 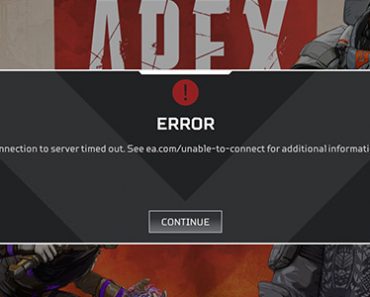 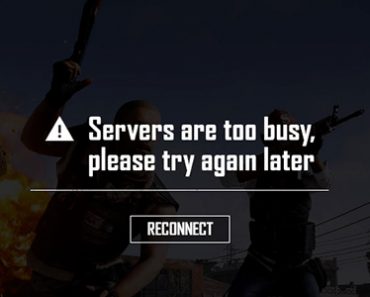 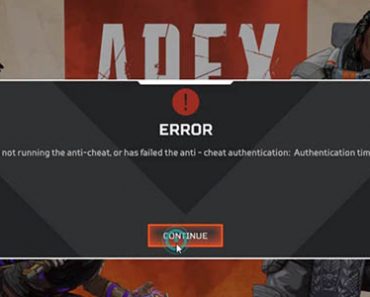 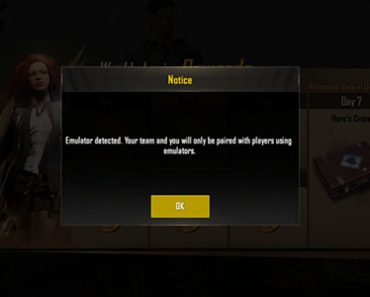 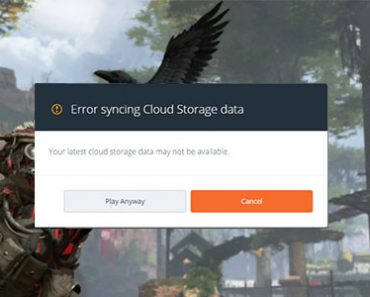 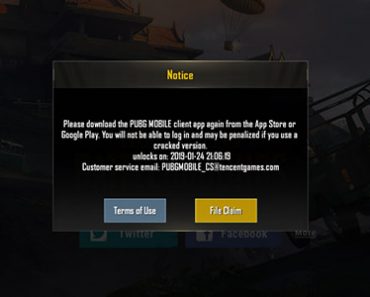