Most of us have probably found ourselves in a busy, bustling city at some point in our lives. The last time I did, I was on vacation in Hong Kong, completely unfamiliar with the city’s maze of transportation options that ranged from trams to ferries. While I intended to rely on Google Maps for the trip, a friend also recommended I mix it up with Citymapper. Looking back now, that recommendation was worth its weight in gold — I no longer think Google Maps is the best app for getting around a big city, especially if you’re on a holiday.

Despite what my praise for the app would have you believe, I’d never even heard of Citymapper prior to that Hong Kong trip. It’s not hard to see why, though. The app doesn’t do anything unless you’re in a supported city, and those are especially hard to come by in Asia. Coverage is largely absent outside of large metropolitan areas like Singapore and Tokyo. That said, the app does work across most of the US and Europe. Still, if you’re coming from an unsupported city, you wouldn’t know to use it unless you get a helpful tip like I did.

Limiting coverage to big cities is intentional, though. Citymapper doesn’t offer driving directions at all, so it’s practically useless if you’re using a car to get around. Instead, it focuses on just one aspect of transport: mass transit. Think of it as the opposite of Waze, but just as effective.

The app’s singular focus is likely why it managed to offer better transit data than Google Maps nearly every time I used it. I’m not alone either — my coworker Rita recently mentioned that while Citymapper was aware of a temporarily relocated bus stop in Berlin, Google was completely oblivious to the change. And unlike the latter, which frequently flip-flops between displaying and hiding transit data in smaller cities, Citymapper works reliably and consistently.

Reliability and consistency aren’t Citymapper’s only advantages, though. The app’s user interface is a big reason why I prefer it over any other mapping service. Sure, it doesn’t conform to the latest Material Design guidelines, but I’m more than happy to overlook that considering how functional everything is. Allow me to explain using Google Maps as a point of comparison.

Open the Maps app on your phone and you’re presented with a fairly familiar interface. You get a search bar at the top, a full-screen map view of the area you’re currently in, and a few buttons to find nearby restaurants or parking spots. Citymapper, on the other hand, offers transit buttons and absolutely nothing else. You can’t tap on a business for more information, peruse restaurant menus, or get any form of personalized recommendations like you would in other mapping apps.

That alone highlights a key distinction between the two apps. While Google prods you to discover new places and see what’s around you, Citymapper doesn’t care about any of that. In fact, the only thing it can do is get you from point A to point B.

For example, once you’ve selected your destination, Google Maps requires you to laboriously navigate to Directions > Transit. Citymapper, meanwhile, will show you virtually all methods of transit immediately. It’s a small thing, but the latter’s interface is far more convenient if you already have a destination in mind (and I usually do when in a foreign city).

Going abroad? A prepaid data eSIM is the most convenient solution for travel

Citymapper also manages to be far more informative than the competition. As a tourist in a new city, I often don’t know what to expect. How much change do I need to keep ready for my next bus ride? Will it be faster to rent a nearby bicycle or moped? Do any ride-sharing services operate in this city? Citymapper shows you all of this information on a single screen. Just look at the staggering number of options in London, most of which are absent in Google Maps.

To Google’s credit, I’ve found that Maps has gained many of Citymapper’s best features over the years. But even then, some implementations look and feel like an afterthought.

Take subway entry and exit recommendations, for instance, which ensure that you don’t have to cross a busy street at surface level. Even though Google Maps matches Citymapper now, the information is buried deep within a wall of text. I don’t have to describe how much clearer Citymapper is in this regard; just take a look at how both apps present the same information:

A similar degree of attention to detail extends across many other aspects too, which you’ll likely appreciate regardless of whether you’re a local or a tourist. For example, the app realistically takes street crossings and platform walking times into account. In other words, it doesn’t expect you to teleport into a train as soon as you reach the station. It even tells you which section of the train you should enter so that you’re closest to the exit when you reach your destination.

And I didn’t even get to talk about ancillary features outside of the main navigation screen yet. The ability to share your live location along with the exact route you’re taking is really handy, as is the “Main Roads” feature that keeps you walking along, you guessed it, main roads.

How long it will take competitors like Google and Apple to fully catch up in these areas remains to be seen. However, it’s clear that Citymapper currently holds a definitive lead in the non-driving navigation space.

Praise aside, I’ll admit that Citymapper isn’t a full-fledged replacement for your current mapping app of choice. It’s also worth acknowledging the possibility that someone may have had the opposite experience as mine. Google Maps or a different app could very well serve more accurate transit information; I just haven’t seen it happen yet.

Have you used Citymapper for public transport directions?

You also can’t use Citymapper to decide where you should spend your evening. Google will happily point you to dozens or even hundreds of bars in your vicinity. And more importantly, it can offer reliable turn-by-turn navigation for when you have your own vehicle. Having said that, if you’re committed to public transport and have never tried Citymapper on your travels, I highly recommend giving it a go on your next trip. It may very well save you a lot of confused wandering and frustration. 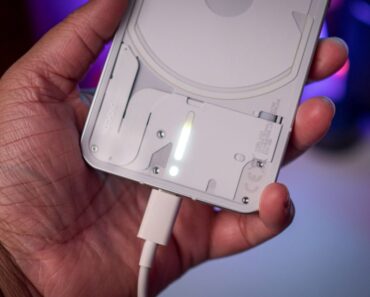 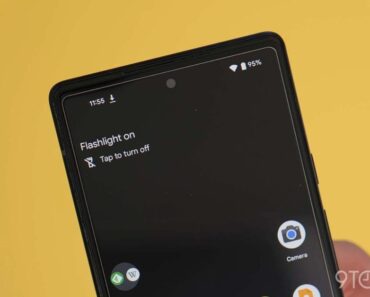