A car and a pickup truck weaved from left to right repeatedly across the lanes of Interstate 440 in Raleigh in an apparent road rage incident caught on video this week.

In the video of the dangerous encounter near exit 6 for Six Forks Road and North Hills, a white pickup truck carrying work equipment appears to trail a red Nissan, weaving in and out of traffic.

The Nissan comes to a stop suddenly in front of the pickup truck, which is seen slowing down, then hitting the bumper of the Nissan just before the exit. A man driving the red car is seen stepping onto the interstate when, moments later, the sound of another car hitting the rear of the truck is heard.

The pickup truck drives off as the driver of the red car remains outside of his vehicle in the 34-second video posted to Facebook on Wednesday.

“After that, I don’t know anything else (because) I was on my way to work,” said Polito Meza in Spanish, who recorded the incident on his phone Wednesday morning.

The video has been shared over 3,000 times and has about a thousand likes.

Meza, 32, told The News & Observer on Facebook that he spotted the pickup truck not letting the Nissan pass, and then it was the other way around.

He began recording the incident once the Nissan got ahead of the truck.

“When the (pickup truck) reversed, it hit a Tahoe behind it and then the driver fled,” Meza said.

The Raleigh Police Department is aware of the incident. Lt. Jason Borneo said a complainant filed an offense report and a wreck report.

“All parties in this incident have been identified and interviewed,” Borneo said.

The case is under investigation and no charges have been filed yet.

“We encourage anyone who is involved in a ‘road rage’ incident to remain calm, contact 911, avoid engaging with the other party, and pull over to a safe location to wait for an officer,” Borneo said. “If possible, we encourage the driver to attempt to safely get a tag number and description of the vehicle(s) involved and relay that information to the 911 dispatcher or responding officers.”

Triangle law enforcement agencies have previously told The N&O they don’t track road rage incidents separately, but they would be recorded under driving or assault offenses.

A dispute between two drivers on May 11 resulted in a road rage shooting in Raleigh, The N&O reported.

That conflict started at Brier Creek Parkway and ended in the 4800 block of Duraleigh Road. The vehicles stopped at a construction site, and a witness video obtained by WRAL shows the two drivers proceeding to exit their cars and shoot at each other.

One driver in the incident was hospitalized and charged in the shooting and the other was not hospitalized or charged by police. 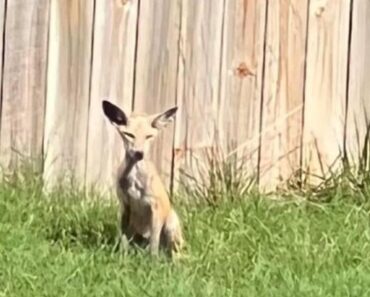