After having blocked his accounts on social networks, Donald Trump announced that he will file a lawsuit against Facebook, Twitter and Google

Donald trump announced that it will file a joint lawsuit against Facebook, Twitter Y Google for censorship, the legal actions will also include its main executives.

The ex-president of USA He highlighted that his rights to freedom of expression were violated when the platforms decided to block his accounts.

“Today, along with the America First Policy Institute, I am filing as your lead representative a major class action lawsuit against the big tech giants. Including Facebook, Google and Twitter, as well as their CEOs: Mark Zuckerberg, Sundar Pichai and Jack Dorsey “ 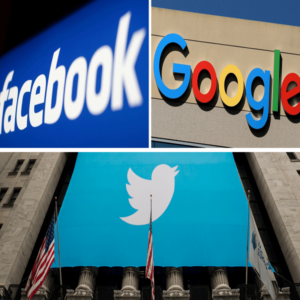 The controversy arose after the assault on Capitol by a group that was in favor of Donald trump. The violent events of January 6 caused the platforms to make the decision to block the accounts of the still president of the United States.

At a press conference Donald trump He assured that he is leading a collective civil action for repressing his voice and other conservative voices.

“We ask that the censorship, blacklists, exile and cancellation that you know so well end”

During his message, the former president of the United States stressed that the decision of Facebook, Twitter Y Google it is unconstitutional.

“Our case will show that this censorship is illegal, unconstitutional, and completely anti-American. If they do it to me, they can do it to anyone “ 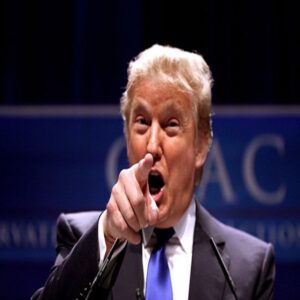 Donald trump He specified that he will seek to prove the illegality of the veto of their accounts, but also defend the First Amendment of the constitution, so that the technological giants stop applying these measures.

In his lawsuit that had been filed in federal court in Florida, Donald trump He stressed that the blocking of his accounts has affected his political life. The tycoon would seek restitution and punitive damages.

The disappearance of the former president of the large platforms has impacted on his media and social presence.

Donald trump He claimed to be committed to this legal battle against Facebook, Twitter Y Google affirming that they will be victorious.

Donald Trump has just announced a class action lawsuit against Facebook, Twitter and Google for the veto and censorship of their government and personal accounts during and after his term as President of the United States of America. pic.twitter.com/f55jeb9EMU